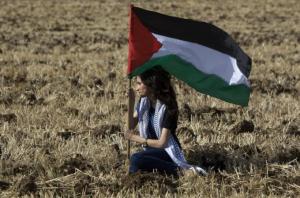 Last week, Israel’s High Court of Justice ruled against a petition brought by female students from the Gaza Strip, upholding the state’s refusal to allow them to study in the West Bank.

The women, four of whom were registered for a Master’s in gender studies and one aiming to pursue a law degree, brought a case that challenged an Israel-imposed ban that has been in place since 2000. In twelve years, only three Gaza residents have been allowed to study at West Bank universities (and only because they had received US government scholarships).

According to Israeli NGO Gisha, who, along with Gaza Strip-based Al-Mezan Centre for Human Rights, represented the petitioners, the “majority decision accepted the state’s position that allowing the students to reach their studies would undermine the ’separation’ policy” that is “based on substantial political and security considerations” (see state response). Thus, “the court approved restrictions on civilian travel between Gaza and the West Bank, even where no individual security claims are raised”.

The restrictions on Palestinian students are one part of a “separation policy”, which is a significant but still under-appreciated dimension of Israel’s approach towards the Gaza Strip.

But this case serves to highlight another aspect of Israel’s denial of Palestinian rights: The role of Israel’s Supreme Court. Often portrayed as a bastion of “liberalism”, and subjected to absurd attacks by Israel’s political far-right, the court has in fact been complicit with numerous aspects of Israel’s discriminatory and colonial policies.

In just the last nine months, the High Court has “sanction[ed] looting” by authorising “Israel to exploit the West Bank’s natural resources for its own economic needs”, rejected a petition against the Nakba Law, and ruled that it is not mandatory to investigate every complaint of torture at the hands of the security service “out of consideration for Shin Bet’s work”.

In January, the court even upheld the “Citizenship Law” used to ban Israeli citizens from living legally with a Palestinian spouse from the Occupied Territories, on the grounds of avoiding “national suicide“.

No wonder then that observers like veteran Ha’aretz analyst Zvi Bar’el conclude that since 1967, “most High Court decisions ratified the negation of Palestinian rights”, proffering “legal legitimacy to military activities” even if they “brought about damage to life and property”.

The liberal Israeli newspaper’s publisher, Amos Schocken, has also been harsh in his criticism of the court’s record, saying that it “permitted the settlement project and effectively collaborated with the Gush Emunim [religious settlers] ideology”.

Thus despite the fact that the existence and rulings of the court are cited by Israel’s advocates as proof positive of the country’s democratic and progressive credentials, the reality is very different, as Israeli journalist Noam Sheizaf once explained:

“In short, the High Court has never been a venue to challenge the occupation, but quite the opposite – it is one of the branches that institutionalised it, by setting rules and providing a legal cover to colonial policies, for political persecution and for oppression. One can only conclude that in the context of the West Bank, the High Court has been and still is a fundamental element in the construction and maintenance of what is, in essence, apartheid.”

At an Israel Bar Association conference in August, Member of Knesset Ahmed Tibi put it bluntly: “The High Court authorised targeted killings, deportation, land confiscation, settlements, fences. Why is it then that the court has a leftist image?”

One answer to Tibi’s question might be that the “leftist image” is a relative one, a reflection of the Israeli political spectrum, where even the “centrists” and “peaceniks” are still supporters of ethno-religious privilege and war crimes.

But more than that, we find in the court’s image the personal and political investment of liberal Zionists in Israel and internationally, the kind that condemn the settlers on West Bank hilltops even as they live in the neighbourhoods and village land of Palestinians expelled in 1948. Self-regarding hypocrites, in other words.

Reflecting last week, Amira Hass observed that the court’s justices “don’t even seem to worry about their names being associated with names of other jurists who preceded them and like them accepted the reasonableness of the means and the justice of slavery [and] racial segregation”.

In Israel’s Supreme Court, we find worthy inheritors of the tradition of “benevolent”, angst-ridden colonialism. Read Justice E Rubinstein’s opinion in the case of the Gaza students, where he wrings his hands at just how “painful” and “tragic” the whole business is – before accepting the state’s “separation policy”.