Israel is an apartheid state (no poll required) 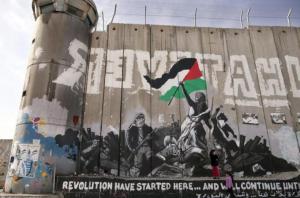 A poll of Jewish Israelis published last week in Ha’aretz newspaper created headlines round the world with its findings of support among the public for discriminatory policies. Some greeted the survey’s results as vindication of claims made by critics of the Jewish state; others pointed to what they said were flaws in the methodology and how the statistics were being presented.

There is, however, no need for such a poll in order to reach the conclusion that Israel is guilty of apartheid: The facts speak for themselves.

Firstly, a clarification about terminology. To talk about Israeli apartheid is not to suggest a precise equivalence with the policies of the historic regime in South Africa. Rather, apartheid is a crime under international law independent of any comparison (see here, here, here, and here). As former UN Special Rapporteur John Dugard put it in the foreword to my first book: “It is Israel’s own version of a system that has been universally condemned.”

It is impossible to understand this “system” without remembering that its foundations were laid by the ethnic cleansing that took place in the Nakba. With the establishment of Israel in 1948, up to 90 per cent of the Palestinians who would have been inside the new state were expelled, their properties confiscated, and their return prevented. As these refugees were denied citizenship and their right to return ignored, Israel passed legislation to open up the new borders to Jews everywhere.

Thus the only reason why Israel, a so-called “liberal democracy”, has a Jewish majority at all is because of the forced – and ongoing – physical exclusion of Palestinians from their homes. From 1948 to 1953, 95 per cent of new Jewish communities were established on expelled Palestinians’ property. The amount of land belonging to Palestinian refugees expropriated by Israel’s “Absentee Property Law” amounts to around 20 per cent of the country’s total pre-1967 territory.

Today, around one in four Palestinians with Israeli citizenship are “present absentees”, their homes and land confiscated. By the mid-1970s, the average Arab community inside Israel had lost around 65 to 75 per cent of its land. Since 1948, over 700 Jewish communities have been established inside Israel’s pre-67 borders – but only seven for Palestinian citizens (and those in order to concentrate the Bedouin population in the Negev).

Over the decades, the Israeli state has sought to “Judaise” areas of the country deemed to have “too high” a number of Palestinian citizens compared to Jews, particularly the Negev and Galilee regions. One strategy in the Galilee was to establish mitzpim (Hebrew: “look out”) communities whose goal, according to a Jewish Agency planner, was to “keep Arab villages from attaining territorial continuity and attract a ’strong’ population to the Galilee’.”

Meanwhile, tens of thousands of Bedouin citizens live in dozens of “unrecognised villages”, mainly in the Negev (though “non recognition” is not restricted to the south). They suffer from home demolitions and a lack of basic infrastructure. A serious new threat is the Prawer Plan, with planned mass evictions threatening up to 70,000 with forced relocation and the destruction of their villages.

This planned ethnic cleansing is driven by the sort of anxiety Shimon Peres expressed to US officials in 2005, when he worried that Israel had “lost” land in the Negev “to the Bedouin” and would need to take steps to “relieve” the “demographic threat”. A senior official in the Jewish Agency in 2003 explained a new Judaisation initiative on the grounds that “the birthrate of the Bedouins and Arabs in the Galilee is much faster than the Jewish” and thus “we are quickly losing our majority there”.

Another element in this regime of ethnic privilege is admissions committees, which operate in around 70 per cent of Israeli towns and permit (or deny) residency on the basis of social “suitability”. By “rejecting applications” from Palestinian citizens, the committees “have notoriously been used to exclude Arabs from living in rural Jewish communities” (Human Rights Watch).

Their role is now legislated for in around 42 per cent of communities, and those supporting the law were not shy to express their motivations. MK Israel Hasson (from the “centrist” Kadima party) said the law’s purpose is to “preserve the ability to realise the Zionist dream in practice”, while MK David Rotem (from FM Lieberman’s party Yisrael Beiteinu), said Jews and Palestinians should be “separate but equal”, affirming that “Israel is a Jewish and democratic state, not a state of all its citizens”.

Israel’s institutionalised racism has serious consequences even for Palestinians’ choices about who to marry. In January, the High Court – a forum praised by “liberal” defenders of Israeli apartheid – upheld a law severely restricting Israeli citizens’ ability to live with spouses from the West Bank and Gaza. In the majority opinion, Justice Asher Grunis wrote that “human rights are not a prescription for national suicide“ – referring to the “demographic” spectre that haunts apartheid regimes.

Kadima MK Otniel Schneller praised the decision for “articulat[ing] the rationale of separation between the peoples and the need to maintain a Jewish majority and the [Jewish] character of the state”, linking this to the formulation “two states for two peoples“. Ironically, this slogan of Zionist “moderates” (yes, it’s all relative) echoes the rhetoric of Apartheid South Africa’s politicians, who warned that “either we must follow the course of equality, which must eventually mean national suicide for the white race, or we must take the course of separation”.

The room for dissent is limited. In 2007, Israel’s internal security agency the Shin Bet stated it would “thwart the activity of any group or individual seeking to harm the Jewish and democratic character of the state of Israel, even if such activity is sanctioned by the law”. In 2008, the agency’s then-chief told US officials that many of the “Arab-Israeli population” are taking their rights “too far”. Israeli law provides for the banning of electoral candidates who deny “the existence of the State of Israel as the state of the Jewish people”, and proposed bills can be rejected on the grounds that they undermine “Israel’s existence as the state of the Jewish people”.

Such results are entirely expected when you look at the discourse propagated by Israel’s leaders. PM Netanyahu, as finance minister in 2003, described Palestinian citizens as a “demographic problem”, while in 2009, the current Housing Minister declared it a “national duty” to “prevent the spread” of Palestinian citizens. In 2010, the chair of the Knesset’s “Lobby for Housing Solutions for Young Couples” stated that “it is a national interest to encourage Jews to move to” places where “the Arab population is on the rise”. When Ehud Olmert was mayor of Jerusalem, he considered it “a matter of concern when the non-Jewish population rises a lot faster than the Jewish population”.

The same racist logic is behind the kinds of warnings issued by PM Netanyahu that “illegal infiltrators” – non-Jewish African refugees and migrants – could threaten the country’s existence “as a Jewish and democratic state”. In other countries, this is the language of the fringe far-Right; In Israel, to discuss the “threat” posted by Palestinian citizens and other non-Jews is routine.

And what of Israeli policies in the Occupied Territories, under military rule for 45 years? In Jerusalem, constantly touted by Israel’s leaders as the country’s “eternal” capital, Palestinian residents in the illegally annexed East face planning restrictions, home demolitions, discrimination in municipal services, and the community-shattering Apartheid Wall.  Speaking to BBC’s Hardtalk in July 2011, Mayor Barkat openly confirmed that he seeks to maintain a Jewish majority in the city – imagine if the mayors of London, New York or Paris stated that Jewish residents must not rise above a certain proportion.

There are over 300,000 Israeli citizens living in West Bank settlements (plus 200,000 in East Jerusalem), a network of colonies among a Palestinian population without citizenship. Palestinians’ freedom of movement is controlled by a bureaucratic “permit” system, enforced by some 500 checkpoints and obstacles. The vast majority of the Apartheid Wall, 700km in length and 70 per cent completed or under construction, lies inside the occupied West Bank. The illegality of this de facto annexation was confirmed by the International Court of Justice (ICJ) in their 2004 advisory opinion.

In 60 per cent of the West Bank (”Area C”), Palestinians must apply for building permits from Israeli occupation forces; yet according to a 2008 UN report, 94 per cent of applications are denied. Building illegally means demolition. In 2011, Israel demolished 620 Palestinian-owned structures in the West Bank, part of what the EU has called a “forced transfer of the native population“. Meanwhile, cranes and diggers are put to work in thriving, illegal, Israeli settlements.

Israel also exploits the West Bank’s natural resources, such as its “discriminatory” control of water access and usage: Palestinians, over 80 per cent of the population in the West Bank, are restricted to 20 per cent of the water from the main underground aquifer. Human Rights Watch have called Israel’s regime in the West Bank a “two-tier system” where Palestinians face “systematic discrimination” (the same terminology they have used to describe policies inside the pre-67 borders as well).

The Gaza Strip, home to some 1.7 million Palestinians a majority of whom are refugees, is blockaded by the Israeli military behind perimeter fences and “buffer zones“ (including at sea). Restrictions on movement began in the early 1990s, with an intensified siege being implemented in 2006-’07. Until today, Israel blocks almost all exports from the territory, and pursues what it calls a “separation“ policy for the purpose of cutting off Gaza from the West Bank.

In March, the UN Committee on the Elimination of Racial Discrimination (CERD) described Israel’s violations of the right to equality in unprecedented terms. Noting “segregation between Jewish and non-Jewish communities” and a lack of “equal access to land and property” inside Israel’s pre-67 borders, CERD found a regime of “de facto segregation” in the West Bank severe enough to prompt a reminder of the “prohibition” of “apartheid”.

Across the whole of historic Palestine – Israel, the West Bank, and the Gaza Strip – the State of Israel rules over around 12 million people whose rights and privileges are determined on a discriminatory basis. Millions more are excluded from the country all together (because they are Palestinian). It is a regime intended to maintain the domination of one group at the expense of another. It is apartheid.