Racism and the hypocrisy of Israel’s advocates 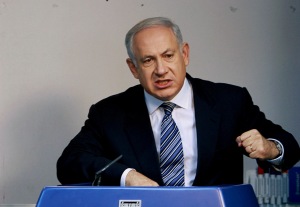 Two recent episodes serve as useful illustrations of the hypocrisy of Israel’s apologists in the West and their approach to racism.

Firstly, there was the outrage that greeted Gerald Scarfe’s cartoon in The Sunday Times and which forced an eventual climb down by the newspaper. Some did not hesitate to call the cartoon anti-Semitic – others were more ambiguous but explained why others could think it was anti-Semitic.

Of course, not everyone agreed with that analysis, seeing the cartoon as “an image critical of Binyamin Netanyahu’s policies in the West Bank” and the chorus of condemnation as “an exploitation of Jewish historical trauma”. But the dissenting voices were drowned out.

Yet the same people who wrote blog posts, opinion columns, and appeared on TV and radio to denounce a cartoon were silent about the Israeli army murdering Sameer Awad by the Apartheid Wall in Budrus just two weeks before Scarfe’s cartoon was published (and the Wall is bloody indeed).

The second example: during the furore over an event at Brooklyn College about the boycott of Israel, the Anti-Defamation League (ADL) compared the talk to the sociology department co-sponsoring an event with “members of the Ku Klux Klan who were going to talk about why America must remain a white-dominated country and how non-white people were ruining the country”.

Here, the ADL associates the demographics-obsessed racism of the KKK with a non-violent movement of solidarity with a people struggling for their basic rights. However, the KKK comparison is relevant – for understanding Israeli laws and government policies. Consider the following examples:

Remember that these kinds of remarks do not come from a fringe hate group in Israel, but by the highest level officials. Yet the ADL, and every other pro-Israel group in the West – including self-professed “liberals” – fail to see the inconsistency in calling a KKK member’s demand for America to “remain a white-dominated country” abhorrent, while Israel “remaining a Jewish country” is a “red line”, consensus issue.

Moreover, it is not just rhetoric – it is policy. Imagine the response by the ADL and other groups so eager to shout and blog about alleged anti-Semitism if Jews in Europe or the US were barred from hundreds of communities on the grounds of “social suitability” – or if official government planning goals aimed to prevent Jewish communities from attaining territorial continuity. Or imagine if British Jews were prevented from living in the UK with their non-citizen Jewish spouse – in order to defend the non-Jewish majority.

Yet change “Jews” to “Palestinians”, and this is what is happening, right now, under Israel’s apartheid regime – the same international law-defying regime defended by those who meet demands for equality by Palestinians with cries of “Hate speech!”

The abuse of the charge of anti-Semitism to shield systematic human rights abuses and to smear activists, while tired and transparent to many, is still a favourite tactic. There is the continuing use of the discredited European Union’s Monitoring Centre on Racism and Xenophobia (EUMC)’s “working definition of anti-Semitism”, or the targeting of “troublesome” human rights defenders, no matter how tenuous and trumped up the justification.

In the words of Antony Lerman, former Director of the Institute for Jewish Policy Research and author, organisations whose views are seen as the views of the organised Jewish community are repeatedly guilty of “doubtful and often damaging politically-motivated interventions in public debate”. The responses to the Scarfe cartoon and the Brooklyn College BDS event shine a spotlight on the way in which the vital fight against one form of racism – anti-Semitism – is cynically abused in order to defend Israel’s institutionalised racism.

Tags: anti-Semitism, apartheid, hasbara, racism
From: Articles
← Beyond Brooklyn College: how and why Israel advocates are fighting BDS
What a ‘period of calm’ looks like in the Occupied Territories →