Stephen Hawking Is Right: Israel Must Be Boycotted 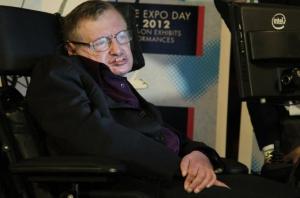 What is a boycott? A boycott is about applying pressure in an effort to effect change, a nonviolent way of expressing opposition to a particular policy. As part of a wider campaign, it is a way to challenge or end complicity in a practice viewed as objectionable. Boycotts and divestments are strategies of the weak against the powerful, and, in some contexts – such as Palestine/Israel – they are also responses of solidarity with a group that asks for outside support in a struggle for justice.

That is an important place to start because of all the disingenuousness and red herrings used in the discussion by Israel’s apologists and opponents of the boycott. But why is Stephen Hawking right to boycott Israel? Indeed, why are any of the growing list of celebrities, trade unions, faith communities, and student unions right to support the BDS campaign?

First, the boycott is a response to decades of Israeli occupation and violations of international law. To be in denial about this well-documented, past and present reality means no sensible discussion about the merits of a boycott is possible.

Second, boycott is about ending impunity and ensuring that there is a cost for persisting with certain policies. Reversing the typical accusation levelled at BDS campaigners of ‘singling out’ Israel, it is in fact Israel that is already singled out – for economic, diplomatic and military support and protection from accountability.

Third, boycott resonates as a strategy people are familiar with from many different contexts – from challenging unethical business models like sweatshop labour to more famous historical examples in workers’ struggles and fights. People get it – it empowers those looking to respond, and, as part of a bigger whole, is a way of campaigning that time and time again makes a difference.

Four, a boycott of Israel is required because, in the words of a former Israeli Air Force captain and now activist, “it is no longer enough to try and change Israel from within”. Sadly, there is no ‘peace camp’ in Israel, if, by peace camp one means a sizeable body of Israelis who support equality for Palestinians and the realization of all their rights. In fact, Palestinians need less of the so-called ‘peace camp’, and more of an ‘anti-apartheid camp’. To different extents, Jewish Israelis benefit from the status quo – as the privileged group in an ethnocracy – and thus pressure from the outside is about making that status quo unsustainable and undesirable – along with Palestinian resistance of course.

Five, it is already having an impact. It is a nonsense to ask if an individual boycott will ‘make a difference’ or ‘help Palestinians’ purely in isolation – just as you wouldn’t criticise an Amnesty International supporter because just ‘one letter’ won’t free a political prisoner. Rather, it is about an accumulative impact – and indeed, the BDS campaign has made astonishing progress since its official launch in 2005.

You can tell that the Israeli government and its supporters are worried because of all the time, energy and money devoted to fighting and attacking boycott activists and initiatives. BDS is a marginal failure, they say, while organizing conferences, passing legislation, taking legal action, and paying for propaganda trips – all designed to thwart a tide of solidarity. Indeed, Tzipi Livni’s election campaign included warnings that Benjamin Netanyahu was leading the country towards isolation and sanctions.

Stephen Hawking made a good decision – and he is not the first or the last. Palestinians have been using tactics like boycott for decades. With the BDS call, now more and more people around the world are hearing their appeal for action.

Tags: BDS, boycott, israel, Stephen Hawking
From: Articles
← Five reasons why Hawking is right to boycott Israel
The Nakba is a past and a present, a continuous and developing process of Zionist colonization →