As Gaza burns, it is clear two states would only cement Israel’s apartheid 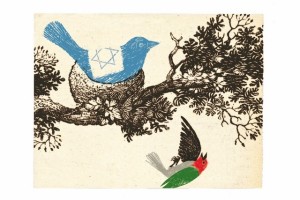 After six Jewish Israelis were arrested on suspicion of the murder of Mohammed Abu Khdeir, a 17-year-old Palestinian kidnapped and burnt to death on July 2, Israeli prime minister Benjamin Netanyahu condemned those responsible and stated that his government does not distinguish between Palestinian and Jewish “terror”.

Let’s leave aside for now the fact that there are no bulldozers heading to the homes of the Jewish suspects; or the fact that the Israeli soldiers who shoot dead Palestinian teenagers in West Bank towns and refugee camps – including in just the last few weeks – are applauded for their “courageous” actions.

In the same remarks, Mr Netanyahu claimed that he does not distinguish between anti-Jewish or anti-Arab “incitement”. He has a short memory. As finance minister in 2003, it was Mr Netanyahu himself who described Palestinian citizens as a “demographic problem”. In 2010, as leader of the country, Mr Netanyahu warned that a Negev “without a Jewish majority” would pose “a palpable threat”.

Abu Khdeir’s murder was also condemned by senior ministers like Yair Lapid, as well as by numerous members of the Knesset – including Jewish Home’s Ayelet Shaked. Ms Shaked, who only a day before Khdeir was killed, published a call on Facebook for “the entire Palestinian people” to be treated as “the enemy”. A year ago, it was Mr Lapid who declared that Israel “must never become a bi-national state, for the sake of the Jewish demographic balance”.

Meanwhile, in the last two weeks, Israel’s Foreign Minister Avigdor Lieberman has taken to Facebook to whip up more hatred against Palestinian citizens, urging that protesters be treated “as terrorists” and declaring that Arab “rioters” do not belong “in the state of Israel”.

A cabinet of ministers boasting enthusiastic proponents of colonial expansion, war crimes and ever-stricter definitions of what constitutes a “Jewish state” is in a poor position to condemn an atrocity fuelled by racial hatred.

But it is not just about the inciters who walk the Knesset corridors. Anti-Arab, or anti-Palestinian, racism and incitement is present at every level of Israeli society. It is a symptom of settler colonialism, where the threat of the “Other” is not simply a tool of political demagogues but a reminder of destroyed villages and haunted buildings.

The perpetrators of those crude “price tag” attacks, the slashers of tyres and mosque vandals, are united in their racism with the politicians and academics who debate “demographic threats”. The journey between anxiously analysing the Palestinian birth rate and a pogrom, is not as long or convoluted as some may imagine.

As an editorial in the Israeli newspaper Haaretz put it, the murderers of Abu Khdeir “are the descendants and builders of a culture of hate and vengeance that is nurtured and fertilised by…those who call for cleansing the state of its Arab minority, or at least to drive them out of the homes and cities of the Jews”.

Yet just last October, another editorial in the same paper affirmed the need for ensuring that “the majority of [Israel’s] population is Jewish”, albeit without “discriminatory legislation”. Ethnically cleansed Palestinian refugees are excluded from this equation. And what does it say to Israel’s non-Jews? That their presence is tolerated – as long as they don’t have too many babies? This, remember, in a newspaper on the ‘“liberal” end of the spectrum.

There is no “kind” colonialism, and no polite displacement. First comes the bayonet and bulldozer, and then comes the demand for acceptance and timidity. That is the “mistake” of the likes of Haneen Zoabi, a Palestinian who serves in the Israeli Knesset, who has been the target of racist incitement in recent weeks (though not for the first time, of course). The far-Right calls for Ms Zoabi to be expelled to Gaza, jailed, or even killed. The liberals, with pained expressions, lean in and tell her to shush for the sake of coexistence.

But, as she herself knows, Ms Zoabi has privileges and protections others do not. The Shabak, Israel’s security service, can announce themselves to dissenters and “troublemakers” in Haifa and Umm el-Fahm with phone calls or dawn raids. In 2008, the then-head of Shabak, Yuval Diskin, told US officials that many of the “Arab-Israeli population” were taking their rights “too far”.

Thus the message is clear, from the security establishment to the graffiti on monastery walls via Knesset committee hearings: you, the “Arab”, do not belong here: you are here by sufferance, and there is a price to be paid for ingratitude and rebellion. Another coalition MK, Yisrael Beiteinu’s Shimon Ohayon, this week wrote that it is time to “consider the removal of the rewards of citizenship” for disloyal Palestinian citizens.

There is a chance here, if only it can be taken, to expose the approaches shaped by the priorities of power. To point out that “two states for two peoples” is a mandate for ethnic exclusivity and division – and thus no basis for a sustainable future. The discourse where Israel has a “right” to be a “Jewish state” at the expense of the indigenous Palestinian people is suffocating. A single, democratic state is the alternative.

What is the difference between the Jewish youth scrawling “Death to the Arabs!” on a shuttered shop front and an Israeli commander authorising another mass bombing of the fenced-in Gaza Strip? What distinguishes those screaming for the expulsion of Palestinian citizens from the smooth-talking diplomats and think tank experts who produce formulas designed to “protect the Jewish majority”?

Apartheid domination was never the goal of political Zionism in Palestine. The objective was, simply, a Jewish state, and to realise this aim required the removal of the land’s pre-existing, non-Jewish majority. But it did not turn out to be so simple, and the Palestinian people can point to decades of resistance and steadfastness in the face of efforts to reduce them to “resettled” refugees and obedient minorities.

Today, Israel controls all the land between the Jordan River and the Mediterranean Sea, within which it imposes and maintains policies of segregation and discrimination that benefit one group at the expense of another. A Palestinian Bantustan is not the answer. Jewish ethnocracy is not the answer, neither the eternal exclusion of Palestinian refugees.

So a concluding word here for the “international community” – governments, civil society, those who have the ability to apply pressure should they choose to do so. This is your doing too. In the decisions of history, and the impunity you offer today. Colonial power structures do not dismantle of their own accord, and the Palestinians know that their efforts alone cannot be enough.

Exchange useless and disingenuous hand-wringing about “cycles” of violence for boycotts and arms embargoes; then support those who are working for a just peace and a radical refashioning – an undoing and a remaking. Palestinians and Jews are not somehow fated to be eternal enemies, occupied and occupier. But without external pressure, without the clarity that defends the Palestinians’ humanity in the face of both physical and discursive violence, all could be lost.

Published first by The National.