Israel: The rise of the new ‘messianic elite’ 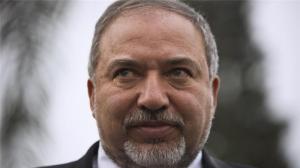 If there’s one thing everyone across the political spectrum in Israel agrees on, is that it was an audacious move. After intensifying speculation that Israeli Prime Minister, Benjamin Netanyahu, would strengthen his coalition by bringing in Isaac Herzog and the Zionist Camp, the Likud leader turned around and announced a deal with hard-right former Foreign Minister Avigdor Lieberman.

That deal saw Lieberman offered the position of defence minister, whose incumbent, Moshe Ya’alon, resigned both his post and place in the Knesset. In parting shots, Ya’alon declared he had lost trust in Netanyahu, and warned that “extremist and dangerous elements” had “taken over Israel and the Likud Party”.

The tumultuous events, likened to the plot of a television drama, have prompted as many questions as answers. According to Israeli journalist Noam Sheizaf, Ya’alon’s resignation is less significant than “his decision to come out publicly against Netanyahu and the hard-right”.

In a television interview on Friday, former Prime Minister Ehud Barak echoed Ya’alon’s concerns, claiming that Israel has been “infected by the seeds of fascism”. For Sheizaf, all of this shows “that there is growing opposition to Netanyahu inside and around the security establishment” – opposition that could, at some point, coalesce into an electoral challenge.

Tensions between Ya’alon and Netanyahu came to the surface in March, when Israeli soldier, Elor Azaria, was caught on video executing a wounded Palestinian alleged attacker in Hebron. While Ya’alon was clear in his condemnation, Netanyahu, under political pressure from the populist hard-right elements within his own coalition, muddied the waters with a supportive telephone call to Azaria’s father.

Weeks later, the two senior Likud men were publicly divided again over Major General Yair Golan’s remarks on Holocaust Remembrance Day, when he drew parallels between Germans in the 1930s to modern-day Israeli society. Netanyahu slammed the speech, but Ya’alon made a pointed defence of the right of senior army officials to express their views.

Mouin Rabbani, Senior Fellow at the Institute for Palestine Studies, believes Ya’alon paid for the support he gave to those members of the Israeli security establishment who, in recent months, “sought to counter-balance the more extreme tendencies of the Israeli political class”, so as not to “further inflame the situation in the occupied territories”.

For Israeli journalist Meron Rapoport, the “deeper meaning” of Ya’alon’s departure is “a change of elites” within Israeli politics, symbolised by Ya’alon’s replacement in the Knesset, Yehuda Glick. Glick, a notorious radical activist within the ‘Temple Mount’ movement, is “representative of this new, religious and messianic elite”.

The appointment of Ya’alon’s successor, meanwhile, has prompted concern in many quarters. Lieberman’s views are well-known: He has advocated a full takeover of the Gaza Strip, lives in a West Bank settlement near Bethlehem, and frequently questions the ‘loyalty’ of Palestinian citizens.

Ravid described Lieberman as “one of the most intelligent people in Israeli politics”, who will understand that “his conduct towards the chief of staff and [Israeli] army generals will be under a public and media magnifying glass”.

Daoud Kuttab, Palestinian journalist and former Ferris Professor of Journalism at Princeton University, expects that there will be “a mini-honeymoon in the first months of Lieberman’s reign as defence minister to deflate the local and international opposition”.

Ultimately, however, Kuttab told Al Jazeera, “We are seeing a right-wing, hardline settler in a direct position to continue the oppression against Palestinians and [deny] them their inalienable rights.”

Rapoport agrees that no one should “underestimate the dangers” posed by Lieberman. “It could begin with small things, from reducing the number of work permits to closures of Palestinian areas – things that in and of themselves are not very dramatic, but which can significantly affect the atmosphere in the West Bank.”

On the diplomatic front, it is hard to see how Lieberman’s arrival in government will do anything to help revive an already comatose peace process.

One Palestine Liberation Organization official, for example, declared that what was “already an extremist government” will now “get even more extreme”, and “block any horizon for peace”.

Regionally, Rabbani pointed out, “There has been a serious initiative in the works to renew Israeli-Palestinian negotiations, led by Egypt and enjoying both Arab and international support, and according to various reports Palestinian Authority endorsement, as well.”

This initiative, however “in large part, hinged” on Netanyahu bringing the Zionist Camp into the coalition.

Now, with Lieberman in, Netanyahu has “embarrassed his regional and international allies, particularly Egypt’s Sisi”, who just last Tuesday expressed support for a renewal of peace efforts.

While observers assess prospects for change in Israeli policy, one man – Netanyahu – is driven by a determination to solidify a status quo – that of his own power. With a coalition that has grown from 61 to 67 seats in the Knesset, and a new budget recently approved, ‘King Bibi’ now looks set to be prime minister at least until the next scheduled election in 2019.