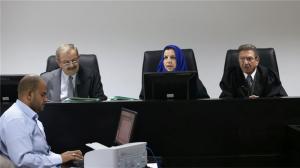 Exactly one month before the long-awaited local elections were set to take place across the occupied West Bank and the Gaza Strip, the Palestinian high court in Ramallah suspended the vote – and it is now unclear whether polling will go ahead at all.

The October 8 vote was meant to elect local councils in more than 400 cities and towns across the occupied Palestinian territories. Thursday’s ruling does not definitively cancel the polls, with the court announcing a further hearing for September 21.

The decision to suspend the elections was based on the disqualification of a number of Fatah lists by a Gaza court, and on the inability to hold a vote in occupied East Jerusalem due to Israeli opposition.

“As the elections were obstructed in Jerusalem and because of the procedural hurdles in Gaza, a decision was taken to defer the elections,” the court stated.

Both Fatah and Hamas officials responded by blaming each other. Fatah spokesperson Osama Qawasmi accused Hamas of deliberately sabotaging the elections for fear of the results, while Hamas denounced the “politically motivated” court ruling as an effort “to rescue Fatah after its lists of candidates collapsed in a number of areas”. Hamas alleged that the ruling effectively originated with Palestinian President Mahmoud Abbas.

“Many Palestinians have trouble seeing the cancellation as anything other than politicised, with a weak legal pretext,” Nathan Thrall, a senior analyst with the International Crisis Group, told Al Jazeera.

Thrall noted that in 2012, when Hamas chose not participate in West Bank-only municipal elections, Jerusalem was excluded, and Fatah raised no objections. “Now that Hamas decided to participate, the elections have been cancelled, supposedly because they would not take place in Jerusalem,” he said.

Ever since the June 21 decision to hold the municipal elections, and particularly since Hamas’s announcement on July 15 that it would participate in the polls, there has been an intensifying climate of tension, with rounds of accusations and counter-accusations between Fatah and Hamas.

On September 6, the Palestinian Centre for Human Rights expressed concern “over the violations against activists and candidates” in both the West Bank and the Gaza Strip, including “threatening some candidates either of arresting, beating or shooting; severely beating political activists, arrests and summonses on grounds of elections and other violations”.

Another obstacle to free and fair elections is the Israeli occupation. Aside from thwarting voting in the illegally annexed East Jerusalem, Israeli forces have also continued their long-standing harassment of Hamas activists in the West Bank – including placing Hamas’s representative on the Elections Commission under a six-month administrative detention order.

The Israeli authorities were clearly worried at the prospect of Hamas achieving some degree of success in the polls; senior military and Shin Bet officials repeatedly warned Palestinian Authority (PA) officials in recent weeks that “the elections could be a dangerous gamble”.

The Israelis’ assessment was that a divided, and thus weakened, Fatah, along with Abbas’s lack of popularity, could help to create conditions similar to those that saw Hamas sail to victory in 2006.

While the suspension, and possible complete cancellation, of the municipal elections may be welcomed by Israeli military officials, for every other actor, it is a lose-lose situation.

According to Hala Turjman, a Brussels-based researcher in Middle Eastern affairs and a member of Al Shabaka Palestinian Policy Network, recent developments will only “add to the already crumbling legitimacy of the PA in recent weeks during the Nablus events, the six hunger-strikers and the teachers’ strikes”.

Thrall similarly believes that Fatah will be a “major loser” if the election does not go ahead but may have decided that being blamed for the cancellation is a lesser evil than “getting trounced at the polls”.

But Hamas also loses, he said, “because elections offered it a chance to shake things up and perhaps offload onto new municipal leaders some of the responsibility for the mounting problems in Gaza”.

It is possible that the elections could still go ahead. What is certain, however, is that while some hoped local polls could be a prelude to parliamentary and presidential elections and a step towards ending the national division, recent events have simply highlighted just how stubborn and bitter the split truly is.

“Municipal elections serve as a signpost of the level of readiness of the factions to work with one another, rather than themselves being an expression of unity,” Turjman said. The prerequisites for elections to even get off the ground just do not exist, she added: “So there is no way forward.”