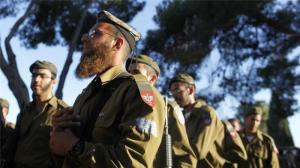 The new military aid deal formalised by the United States and Israel on September 14 could serve to boost an intransigent, right-wing Israeli government that has already shown little appetite for substantial concessions to the Palestinians, analysts say.

“The primary lesson that the increasingly extremist Israeli right will draw from this agreement is that there are no significant international consequences, but rather, significant rewards for their behaviour,” Mouin Rabbani, a senior fellow at the Institute for Palestine Studies, told Al Jazeera.

This behaviour, Rabbani added, has included not just “exponentially accelerating colonial expansion in the West Bank”, but also “brazen interference in domestic American politics”, citing Netanyahu’s “open alignment” for Mitt Romney in the 2012 elections, and the more recent efforts “to mobilise the US Congress against the White House in the matter of the Iranian nuclear agreement”.

The Memorandum of Understanding (MoU) was signed in Washington DC by Israel’s Acting National Security Adviser Jacob Nagel and US Undersecretary of State for Political Affairs Thomas Shannon, Jr, in the presence of the countries’ respective ambassadors.

The new military aid deal is worth a total of $38bn over 10 years, beginning in budget year 2019. The $3.8bn-a-year agreement is an increase from the current $30bn package; however, the new MoU includes funds for missile defence that have previously been added as top-ups.

The deal also phases out Israel’s right to spend 26.3 percent of the aid money on its domestic arms companies, instead obliging Israel to only buy from US defence manufacturers.

Though US and Israeli officials cite regional threats by way of justifying the huge aid package, the most frequent victims of Israeli military offensives are the Palestinians. Munitions on Israel’s “shopping list“, say analysts, may very well be used in future assaults on the Gaza Strip.

Nadia Hijab, executive director of Al Shabaka, the Palestinian policy network, notes that the US government has managed to claw back some of its own – or rather some of its taxpayers’ – money by phasing out the portion of aid Israel can spend on its own defence industry.

“None of this, of course, makes life any better for Palestinians living under nearly 50 years of Israel’s military occupation,” says Hijab.

These caveats, and the fact that the increase of aid in real terms is not as significant as some Israeli politicians had hoped it would be, have led some – including former Israeli premier Ehud Barak – to accuse Prime Minister Benjamin Netanyahu of failing to secure the best deal possible.

According to analysts, it is difficult to claim with any degree of certainty whether the public animosity between Netanyahu and President Barack Obama – exemplified by the former’s unsuccessful attempts to derail the deal with Iran – have had any material impact on the new MoU.

“This ‘debate’ is mainly a function of internal Israeli politics,” Khaled Elgindy, Fellow at the Brookings Institution’s Centre for Middle East Policy, told Al Jazeera. “Ehud Barak seems to be suggesting that since Netanyahu had a bad relationship with the Obama administration, this somehow jeopardised the overall aid package. I don’t see any evidence of that.”

There is another angle to consider, however: whether the conclusion of the deal provides Obama – in the small window between November’s elections and his formal departure from the White House – some extra wriggle-room for a final diplomatic initiative unlikely to be welcomed by Netanyahu.

Obama, himself, in his press statement on the signing of the aid deal, seemed to be making such a connection between the MoU and the need for “a two-state solution to the long-standing Israeli-Palestinian conflict, despite the deeply troubling trends on the ground that undermine this goal”.

At a press briefing, Israel’s Nagel blatantly rejected the idea of any link between the MoU and the Palestinian track. “As far as the [US and Israeli] negotiating teams were concerned,” he said, “there was a wall of fire between the two issues.”

Hijab isn’t holding her breath: “Obama has clearly washed his hands of the Palestinians for some years now,” she told Al Jazeera. “Even if he makes a last-ditch attempt to save the vanishing two-state solution, this is likely to weaken – not strengthen – the Palestinians by eroding international law.”

For Rabbani, even if Obama does indeed launch some kind of diplomatic initiative before January 2017, “to the extent that it may contain elements that call upon Israel to relinquish significant control over the Palestinians, Israel will feel confident that such pressures can be safely ignored”.

There are good grounds for such confidence. During Obama’s time in office, Israel undermined US-led peace talks through continued settlement construction and reneging on a prisoner release deal and killed 2,200 Palestinians in an unprecedented 50-day assault on Gaza.

Rabbani points out that this “has for decades been the tenor of US-Israeli relations. Israel, on the whole, acts as it pleases, and even when such actions openly defy Washington’s stated policies and positions, any negative American response is limited and transient.”

For Elgindy, “There seems little doubt that Netanyahu’s government will persist in its current trajectory, not only because of the MoU but because there is nothing [certainly nothing coming out of Washington] that is preventing – or even hindering – it from doing so.”

Thus, while “the enormity of the aid package does give Obama leverage.” Elgindy added, there is “little evidence from the past seven years” to suggest he will be willing to use it.