Are Palestinian elections on the horizon? 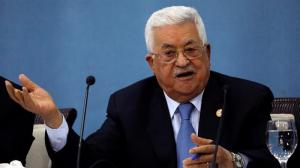 There is a growing expectation among analysts that Palestinian Authority (PA) President Mahmoud Abbas could soon issue a decree to set up parliamentary and presidential elections in 2020.

A vote was last held for the Palestinian Legislative Council (PLC) – the parliament of the PA in the occupied West Bank and Gaza – in 2006.

Then, Hamas won a majority of seats in a result that influential members of the international community, including the United States and the European Union, sought to undermine on the grounds of Hamas being seen as a “terrorist” organisation.

A bitter conflict between Abbas’s Fatah party, the dominant faction in the PA which administers parts of the West Bank, and Hamas, which seized control of Gaza a year after the 2006 election, has prevented elections taking place ever since.

“Elections should be a real chance for Palestinians to democratically elect their leaders and to rebuild their broken trust in the PA,” Marwa Fatafta, a policy analyst at the Al-Shabaka think-tank, told Al Jazeera, adding, “and not a rubber stamp exercise to entrench power, revive the leadership’s expired legitimacy and recycle the same names and factions.”

In the last few months, a number of developments have potentially set the Palestinians on the road to elections.

In October, Abbas commissioned the chair of the Central Elections Committee (CEC) to begin preparations, and by late November, all Palestinian factions – including Hamas – had given their approval for a vote to take place following meetings with the CEC officials.

For analysts, however, there is a distinction between procedural advances and political obstacles – and the latter may well prove more critical. In a September poll, only 38 percent of Palestinians in the West Bank and Gaza said they actually expected elections to take place “in the near future”.

According to Alaa Tartir, a research associate at the Geneva-based Graduate Institute of International and Development Studies, and a colleague of Fatafta at Al-Shabaka, “neither Fatah nor Hamas are serious in their calls for parliamentary and presidential elections”.

“Both parties, after more than a decade of the intra-Palestinian divide, mastered the art of political manoeuvring and are fully aware of the tactics and limits of each other; and therefore, they know how to reinforce each other directly and indirectly,” he told Al Jazeera.

That being said, Tartir added, “it is very likely that Abbas will issue a presidential decree soon”, but that “decree will remain impracticable until Fatah and Hamas agree on the operational aspects of the elections and the political implications”.

The fact that any movement at all has been made towards elections is likely a reflection of external – especially international donor states – and domestic pressure, analysts believe.

“An election could help reducing the pressure Fatah and Hamas receive from the people with regards to their division so they feel they have to respond to this pressure by engaging in what it seems like a step to end division and engage in legitimacy and reconciliation,” Ibrahim Fraihat, an associate professor at the Doha Institute for Graduate Studies, told Al Jazeera.

However, he noted, the two factions would be heading into any future election with very different priorities. “Hamas loses both ways,” Fraihat told Al Jazeera, “if they win, they have a problem how they will deliver in terms of governance but if they lose, then they lose.” In the West Bank, for example, Israeli forces could arrest Hamas ministers and legislators at will, as it happened in 2006.

A possible solution for Hamas, he continued, would be to try and become “the back-seat driver”, in other words, “having a say in who comes to power, but relieved from the burden of governance”.

Fatah, by contrast, “is not too worried about the election outcome”, Fraihat said, “because they know Hamas would not be able to govern, especially in the West Bank, and this way they think they could emerge a winner either way”.

“Fatah is not prepared to hand over power if they lose,” he added.

Even if the Palestinian factions prove genuinely committed to heading to the polls, conducting elections in the Palestinian territories faces serious obstacles – most notably Israel‘s military occupation of East Jerusalem and the West Bank.

In particular, Israeli authorities would almost certainly refuse to allow elections to take place in occupied East Jerusalem, which it considers part of its undivided capital, a potential deal-breaker – or possible face-saving excuse – for either Fatah or Hamas.

While Israeli forces have frequently jailed Palestinians for their political activities, years of divisions between the two main Palestinian factions have also fuelled a climate in which attacks on media freedom and freedom of speech have become common and do not provide a promising context for an election campaign.

For elections to take place, negotiated agreements between the Palestinian factions would be needed over core issues such as electoral law, the electoral system, and formation of an election court.

It can seem a tall order, but some observers have warned that holding the elections has its own risks, depending on exactly how such polls take place.