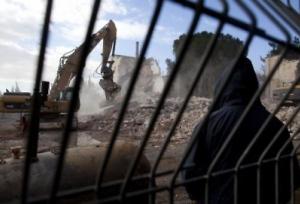 Away from the comatose ‘peace process’ and focus on Iran, a wave of anti-democratic and nationalistic legislation in Israel’s Knesset shows no sign of slowing down.

For Israel’s liberals, these are worrying times. The publisher and owner of Ha’aretz newspaper this week issued a warning about apartheid and democracy, while his colleagues have launched a special project on Israel’s “eroding freedoms” called “Black Flag Over Israel’s Democracy”.

The rhetoric of anger and fear about these “threats to democracy” reflects a definite shift in Israel. It is crucial to note that Israel has never been ‘democratic’ for Palestinians, who are excluded from their homeland entirely, live under military rule in the West Bank and Gaza or are second-class citizens in the pre-1967 borders.

What is happening now is that the democratic rights enjoyed by Jewish Israelis are being threatened. Yet as Israeli politics and policies lurch ever further to the right, and the country’s liberals feel increasingly gloomy and under attack, in the UK it is self-identified ‘progressives’ who are increasingly being mobilised to fight Israel’s corner.

The Reut Institute is an influential Israeli think tank that has done considerable work focused on countering the growing Palestine solidarity movement (what it calls the ‘delegitimization‘ of Israel). Their proposals have been influential; for example, Reut is front and centre of this weekend’s Israel lobby conference in Manchester.

A key emphasis of their recommendations for Israel lobbyists is to focus “on engaging the hearts and minds of liberal progressive elites”, a strategy elaborated on in a substantial London-specific report. In the context of the UK, Reut suggest that “liberal and progressive left” voices are the ones “most effective” in shielding Israel from human rights campaigners, and the think tank urges Israel’s defenders to “substantively engage liberal and progressive circles”.

It is no surprise then that Labour Friends of Israel (LFI) has ‘reinvented‘ itself in order to “develop the ‘progressive case’ for Israel”, while the chief executive of Israel lobby group BICOM – herself a former member of LFI – has committed the organisation to “driving the campaign for the Left to support [Israel] as a Jewish state”.

These tactics were transparently on display at a recent ‘Question Time’-style debate I participated in at the University of Birmingham, where the two guest speakers on the ‘Israel side’ – Alan Johnson of BICOM and David Hirsh – both took pains to repeatedly emphasise that they were coming from ‘the Left’.

On campuses in general, this push is also reflected in the efforts by the Union of Jewish Students (UJS) to rebrand their Israel lobbying in terms of ‘liberation’ and ‘progressive’ values, since – in their own words – “hasbara is not working”. UJS’s language echoes that of Reut, and the Campaign Director explicitly referenced the think tank when explaining the strategic shift. In summer 2010, Reut hosted a 20-strong delegation from UJS to discuss Israel lobbying on campus.

On the ground in Palestine/Israel, the daily apartheid continues. Just days ago, Israeli soldiers demolished a number of Palestinian homes and structures in the West Bank, a routine, brutal occurrence. Also this week, Minority Rights Group International published a report that describes how, on both sides of the Green Line, Bedouin have been “subject to a series of human rights violations, including forced displacement”. Another snapshot: it was reported this week that on a visit to the UK, the head of the World Zionist Organisation – a body with an official relationship with the Israeli state – urged more Jewish immigration to counter ‘Arab growth’.

Rather than resist or challenge this, Israel’s so-called liberal friends in the UK are increasingly at the forefront of efforts to defend the indefensible, mobilised to help perpetuate a status quo that not only excludes and discriminates against Palestinians, but is now shrinking the space for dissent for Jewish Israelis too.