The Economic Whitewashing of Political Discrimination against Arabs in Israel 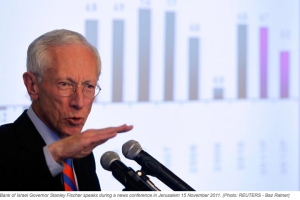 In the last couple of years, there has been a concerted effort by both the Israeli government and private sector to talk up the economic potential of Palestinian citizens. The overriding reason why the ‘Israeli Arab sector’ has become an issue of concern is a realization that, in the words of the director of the Economic Development Authority in the Minority Sector, “if Israel wants to attain economic growth of 6 to 7 percent, it must allocate budgets to close the economic disparities.”

Last month, an official from the American Jewish Committee (AJC) wrote how, according to one Israeli expert, increasing the rate of Arab employment over the next 20 years “is the top economic issue for Israel’s survival.”

Also recently, a conference in Toronto pushed the message that “helping Israeli Arabs succeed economically and socially will guarantee a strong Jewish and democratic state,” (the same event also discussed the “demographic problem” of the “Arab birthrate”).

As an article in May in The Jerusalem Post put it:

Israeli society seems to be gradually coming to the recognition that a higher rate of participation in the workforce on the part of Arab Israeli citizens would be a benefit to all. Slowly gathering momentum over the past five years, the idea seems to have recently reached a critical mass.

With an estimate that the Israeli economy loses around US$9 billion annually due to the low contribution to GDP by Palestinian citizens, it is unsurprising that someone like Bank of Israel Governor Stanley Fischer believes “reversing the relatively low rate of Arab participation in the labour force will increasingly be one of the keys to the success of the Israeli economy in the coming years.”

This is the context then for initiatives like those announced by PM Benjamin Netanyahu’s government in March 2010, with a plan for around US$215 million to be invested in “Israel’s minority population.” At the time, Haaretz noted how the “the treasury and the Prime Minister’s Office” had realised that “closing the economic gaps between the Arab population and the rest of Israel is an opportunity for a major economic jump forward for all Israelis.”

But while headlines like ‘The economy wakes up to Israel’s Arabs’ and ‘Israel starts tapping into hidden business potential of Arab market’ are more common, rights group Adalah has pointed out how even the March 2010-launched plan is “modest given the needs.” Attorney Sawsan Zaher, director of the Social and Economic Rights Unit at Adalah, told me that “this is not the first such plan,” with past proposals having gone unenforced. Zaher also highlighted the “timing of this plan,” coming just before Israel joined the Organization for Economic Cooperation and Development (OECD), who stressed the importance of ‘developing’ the ‘Arab sector’ when admitting Israel.

Interestingly, this push on the economic development front is being done by an Israeli government also advancing some of the most overtly nationalistic and discriminatory legislation of recent times. A neat illustration of what could look paradoxical is a comparison of remarks made by Minister for Minority Affairs Avishay Braverman. Speaking about the new US$215 million investment, Braverman claimed this funding “proved that Israel’s government sees the importance of giving equal civil rights to Israeli Arabs.” Yet in 2004, Braverman also explicitly backed ethno-religious discrimination when he said that “if Zionism is a motivating force, then it needs to travel south to the Negev, so that Israel does not turn into a Palestinian State.”

That policies of Judaization can go hand in hand with an emphasis on economic opportunity is reminiscent of the pre-1966 military regime’s ‘carrot and stick’ approach, where ‘nationalist’ individuals and communities were punished, and the compliant or quiet were rewarded. It also echoes Netanyahu’s ‘economy first’ policy towards the West Bank, where ‘industrial zones’ and employment opportunities are intended to accompany continued colonization.

This recent trend to focus on economic problems faced by Palestinian citizens has been replicated to an extent by Western pro-Israel lobby groups who have an additional motivation: the perceived propaganda value of admitting the challenges facing ‘Israeli Arabs’ in order to distract from a growing interest in the root causes of discrimination (i.e. Israel’s definition as a ‘Jewish state’). For example, in the UK, a piece on the Telegraph’s website in December 2010 urged Israel’s supporters to adopt “smart thinking” by, for example, being willing “to concede…that Israeli Arabs’ civil rights and Palestinian human rights are in need of intensive care.”

This strategy of defensive concessions is intended to attract ‘progressives’ away from those deemed to be radical ‘delegitimizers,, as well as define the parameters of debate. Thus a former research manager for lobby group Trade Union Friends of Israel has written on “equality for Israel’s Arab community” but stresses that “defining the state in terms of ethnicity” is not racist.

What neither the Israeli government nor the likes of the AJC want to address, of course, is the reality of more than 60 years of policies and legislation based on ethno-religious privilege. Seeing the national economic potential in ‘equalizing the income’ of Jews and Palestinian citizens is one thing – addressing the roots of systematic discrimination is another.

As I make clear in my new book, Palestinians in Israel: Segregation, Discrimination and Democracy, the inequality between Jewish and Palestinian citizens goes far beyond employment figures: discrimination in areas like land, housing, and citizenship rights are inherent in Israel’s definition as a ‘Jewish state.’ Palestinians inside Israel are ruled by the same regime that besieges Gaza, militarily rules over the West Bank, and forcibly excludes refugees from their homeland. Their problems are connected – and so are the solutions.